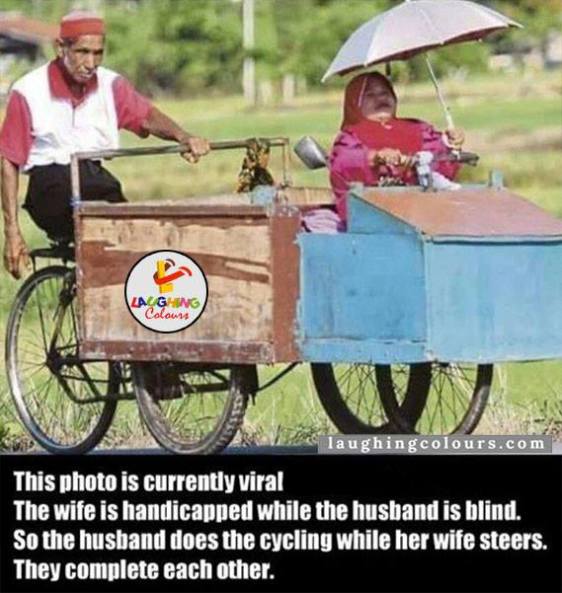 The Palestinians have once again taken to the streets. And it is not merely the wrath of the young stone-throwers that Israel faces today. The entire Palestinian society seems to have revolted, like never before. Men and women, young and old – all are taking on the might of the most ruthless apartheid regime the world has ever seen, with whatever they have got. With stones, kitchen knives and at times with their bare hands and vulnerable bodies.

For the first time, young girls are part of these extraordinary protests. Last week, an AFP report noted how manicured fingers and hennaed hands are wielding stones to defend themselves and their homeland.

Is this the beginning of a Third Intifada, ask eager pundits and editorial eggheads? Intifada or not, something extraordinary – something never seen before – is unfolding in this ancient land. And for all its casual savagery, strategic planning and fancy arms, the mighty Israel doesn’t have a clue on how to deal with it.

The current generation of Palestinians, most of them born after the first Intifada and growing up in the largest open air prison on earth, has seen nothing but endless tyranny, dispossession and desolation. They see no hope, no promising signs of dawn or deliverance in their lifetime.

Nor do they have any leaders left to guide them out of this accursed landscape of hopelessness in which they find themselves locked forever. Israel has either killed them – from the Hamas founder Ahmed Yasin to the incorrigible Yasser Arafat, the one leader who could unite them all – or imprisoned them as has been the case with the fearless Marwan Barghouti and so many others.

Arafat’s lightweight successor Mahmoud Abbas and his more popular rivals from Hamas have long been rendered irrelevant after Israel refused to deal with them as a ‘peace partner’. Today, as an enraged Netanyahu blames poor Abbas for the current uprising, even he knows that the writ of the so-called Palestinian president doesn’t run beyond his Ramallah compound.

Today, there is no one, neither Hamas nor the Fatah leadership, guiding or orchestrating these protests, the Intifada of Knives, as the Israeli press calls it, across the occupied territories and in the heart of Jerusalem. It is the spontaneous revolt of the oppressed.

It is ordinary people who are leading these protests and showing the path ahead to their clueless leaders, rather than the other way round. The new generation of Palestinians has taken charge of its destiny.

Frustrated by the abject failure and helplessness of their leadership and that of the international community to end this vile, most inhumane occupation in history, the Palestinians are turning to whatever means they have to protest and throw out the oppressive yoke of Zionist tyranny. Israel should be afraid of their resolve. – very afraid.

Of course, Israel responds with characteristic heartlessness to the spontaneous protests of people who have been oppressed and persecuted for generations. The howling media protestations about the “epidemic of knife attacks,” ignoring what set it off, has given the occupier a new excuse and virtual license to kill anyone at will. In many cases, the settlers have gunned down the Palestinian teens, accusing them of assault or of being a potential threat.

The settlers are now a well-armed and ideologically driven militia marauding Palestinian villages and towns and even attacking them in their homes. From last year’s horrific burning alive of young Muhammad Abu Khdeir in Jerusalem to the recent arson attack on Dawabshah’s home, murdering the parents and a toddler, settlers have carried out a string of terror attacks on Palestinians.

Israel maintains and supports this fanatic militia to carry out the dirtiest parts of the Zionist project. No wonder Palestinians, under immediate threat of ethnic cleansing, are striking back.

Some of the videos of Palestinian youth and children being gunned down by the brave IDF troops are truly gut-wrenching. And more than the coldblooded killings, it is the morbid, psychotic antics of the Israelis that are sickening. A 13-year old Palestinian, writhes in pain and bleeds to death after being shot in the head even as the barbarians in uniform dance around him screaming their heads off: “Die, die, you son-of-a-bitch, die!”

In another video, a piece of pork is thrust in the face of a dying Palestinian being rushed to hospital. In yet another case, a Palestinian teenager’s body is thrown into a dustbin. Are these really the progeny of prophets, the so-called people of the book? Are these the same people who not too long ago suffered at the hands of the Nazis? How can they visit the same depravity, and worse, on the people who have done them no wrong?

This is all the more absurd considering that the Jews had been offered refuge and protection in Islamic Spain, Turkey, Iraq, Yemen, Iran and elsewhere in the Muslim world when they were being hunted and killed in the west. From Caliph Omar to Salahuddin (Saladin the Great), the victor of Jerusalem, and throughout the Ottoman era, the Jews were repeatedly saved by Muslims from being annihilated at the hands of Christians. I guess the Israelis are repaying that historic debt to Muslims – and how!

In the latest round of protests, around 55 Palestinians – most of them in their teens and as young as 12 and 13 – have been killed, against seven Israelis. But in the words of Alan Hart, given the decades of pent up Palestinian frustration and the raw deal that they repeatedly got, it’s a wonder more Israelis aren’t being attacked or killed.

In its power-induced hubris, Israel has lost all sense of right and wrong. It thinks it can get away with murder, and rule forever by driving out the original inhabitants of the land no matter what the price.

But then as the ancients would warn, those whom the gods wish to destroy they first make mad. And in their quest for power and greed for land, Israelis have crossed all boundaries of sanity and humanity. Look at Netanyahu’s antics at the UN and the US Congress. Those cannot be the words and actions of someone in his right senses. With its murderous ways and brutality, Israel is hastening its own fall. This is the beginning of Israel’s end.

As we saw in the case of the Apartheid South Africa and elsewhere, the long night of tyranny doesn’t last forever. The dawn of hope arrives sooner or later. And it will in the holy land too, despite the indifference of the world community and its blessed institutions.

But when the hour of reckoning arrives, all of us will be asked where we stood when this conflict was raging. Did we stand with the oppressed or did we aid the aggressor with our silent indifference? For at times like these, silence is not just criminal, it actually kills.

He who does wrong,
does wrong against himself.
He who acts unjustly,
acts unjustly to himself,
because he makes himself bad.

SRINAGAR: Addressing a conference organised by the army to commemorate the 50th anniversary of the end of 1965 war at army’s strategic Srinagar-based 15 Corps headquarters, Brigadier Cheema said, “Attacking Pakistan Army headquarters was an option with the Indian Army”.

He said that Indian Army had already carried attacks inside another country – Myanmar – by attacking the camps of its rebel leaders and attacking Pakistan Army headquarters would not be something new.

Indian Army had “crossed over to Myanmar territory” and launched a massive search involving hundreds of Army men and helicopters to track down the rebels during the operation.

Major General Raj Shukla of the 19th Infantry Division, in his speech said, New Delhi need not worry about the growing Islamabad-Beijing military partnership. “China has never come to the rescue of Pakistan in wars,” he said. “That kind of military assistance is not forthcoming although there is transfer of military technology and the economic corridor coming up between the two countries.”

He said as far as the India-Pakistan military relations were concerned, Indian Army was defensive in larger sense but at the operational and tactical level, there was an offensive intent.

Seconding Brig JS Cheema, he said if Pakistan initiates any conflict, Indian Army can escalate the conflict in a number of ways and attacking the Pakistan Army’s headquarter in Rawalpindi was an option.

Brigadier Rajeev Puri, the Commander of Kigam Garrison of the Army, said there was no reality in Kashmiri youth joining Islamic State (IS). “There are reports of only one Kashmiri having joined the IS,” he said. “Waving IS flag is something else and may be only about showing solidarity.”

The fear of the Lord is
the beginning of wisdom and
the knowledge of the holy is understanding.