Coming night, that is, the night between today and tomorrow (Saturday, February 25 and Sunday, February 26, 2017), I plan to travel from Dubai (United Arab Emirates) to my home in Islamabad (Pakistan).
My stay in Islamabad is expected to be 3 weeks. 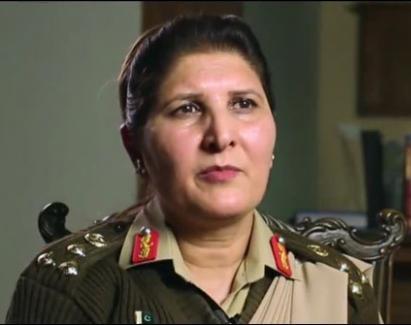 has become the 3rd woman officer in the history of Pakistan Army to reach the rank of major general. The major general belongs to the Panjpir village in Swabi district. The area of Pakistan that is considered under developed and conservative. Swabi has produced some noticeable male generals in the past but it is the first time that a woman has reached the status of such highly ranked army officer.

(Continued after January 29, 2017
To avert a similar disaster and to ward off a similar catastrophe, Islam had adopted a progressive and a gradual scheme, fourteen hundred years ago, to do away with the inhuman institution of slavery. Following are some of the measures it took in this regard:

1. In the early Makkan period, it pronounced that slave emancipation was a great deed of piety. The very initial Makkan surahs appealed to the Muslims to liberate as many slaves as they could.

2. The Prophet (sws), unequivocally, directed the Muslims to raise the standard of living of the slaves and bring it equal to their own standard. This, of course, was meant to discourage people from persisting with them.

3. For the atonement of many sins manumission of slaves was divinely ordained.

4. All slave men and women who could support themselves in the society were directed to marry one another, in order to raise their moral and social status.

5. A permanent head in the public treasury was fixed to set free slave men and women.

6. Prostitution, which was largely carried out through slave women, who were mostly forced by their masters do so, was totally prohibited.

7. The affronting names of ‘abd (slave-man) and amah (slave-woman) by which slave men and women were called, were abrogated so that people should stop regarding them as slaves. In their place, the words fata (boy) and fatat (girl) were introduced.

8. Finally, the law of mukatibat provided very easy access for the slaves to the gateway to freedom. Every slave who was capable of supporting himself was allowed by law to free himself, provided that he either gave a certain monetary amount to his master or carried out certain errands for him. After this, he could live as a free man. A special head in the treasury was fixed for this purpose; also, wealthy people were urged to help the slaves in this regard. The net result of this law was that only handicapped and old slaves were left to be provided for by their masters, which not only went in their own favour but also prevented them from becoming an economic burden on the society.

People, in stead of putting themselves on the right track, keep finding faults in others.

“What type of clothes you are wearing ?”
“Come on ! lets go to that or that eatery and enjoy food of current century”.
“What are you talking about ? Start living in the present-day-world. That was the time of our forefathers”.

They never have a thought if they have liberty to choose, other do have the same liberty.