This is continuation of “Partition of India – How and Why” published on March 12 2018.
Due to high fever, severe cough and Flu, I was down from March 20 t0 29 2018, thus the delay in publishing the today’s article. 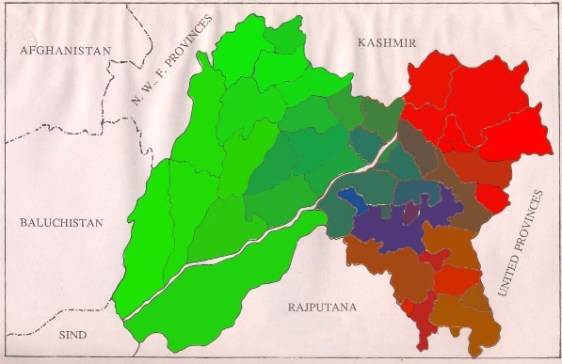 1. West, which was above 80% Muslim (Green and Dark Green).
2. Center-West, which was 60 to 80% Muslim (Blue, Light Blue and Pink).
3. Center-East, with no obvious majority religion (Brown and Yellow).
4. Southeast, what is now Haryana with Hindu majority, but it was relatively narrow, and the communal split was Hindu / Muslim, with few Sikhs in the mix. Delhi is included in zone 4, because communally and culturally, it was similar to the nearby parts of the Punjab.
5. Which now is called Himachal Pradesh was almost exclusively Hindu (Grey).

In June 1947 to determine which areas on ground should make part of each country, Britain appointed Sir Cyril Radcliffe to chair Boundary Commission for Bengal and Punjab. Sir Cyril Radcliffe arrived in India on 8th July 1947. Instead of announcing the result before august 14, 1947, he announced it on August 17, 1947 and, violating even the division on the district basis, divided Muslim majority Assam as well as a 70% Muslim majority Gurdaspur (Punjab). Gurdaspur was divided to provide India land passage to Jammu Kashmir.
Map showing the divide between Pakistan and India as result of Boundary Commission’s decision. Green given to Pakistan and the rest to India 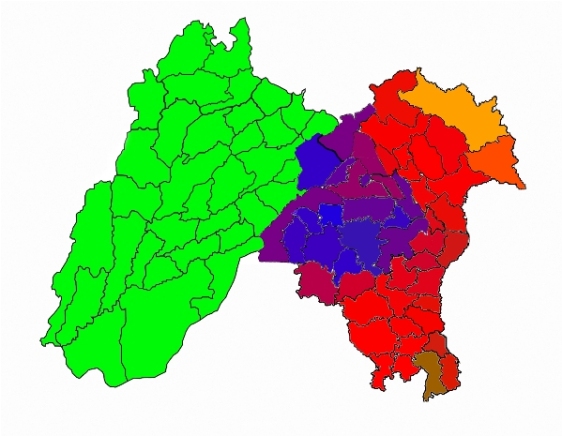 Strange thing is that 3 Muslim majority districts in central India were made part of India on the plea that those were in Hindu vicinity.
It is said that Lord Mountbatten corroborated with Hindu leaders more than his predecessors and acceded out of the way to demands of Mr Nehru, courtesy close friendship of Mr Nehru with Lady Edwina Mountbatten (wife of the Viceroy). To know detail, please, click on the following links one after the other.
https://www.quora.com/What-exactly-happened-between-Nehru-and-Lady-Mountbatten